Today we will be continuing last weeks post about the new features we are planning for Chili Mariachi!

One of the main aspects we have to pay attention when building Chili Mariachi in order to make it replayable is the anxiety level of the players during each game. If you are a game developer and don’t know what we are talking about, check Halfbricks presentation in the 2012 Game Designers Conference about the development of Jetpack Joyride.

Our first attempt to change anxiety levels during the game play was by using Pequeñito as extra lives for El Gordo. When hitting an enemy or an obstacle, if there was a Pequeñito following El Gordo, then the Pequeñito would be lost, but El Gordo would keep swimming forward.

The big problem we had with this approach is that we didn’t want Pequeñito to become some sort of game item. We wanted it to be El Gordo’s sidekick, and swim along with him all the time, so we needed a new solution.

To go to the mundo de los muertos the player has to collect any of the peppers in the game. By adding different kinds of peppers we add variety to the game, and improve its replayability.

So, as promised, the three kind of peppers we are building first are: 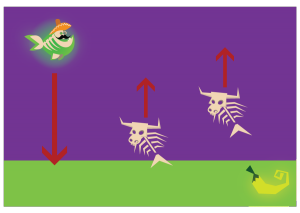 A concept of the yellow pepper effect

The yellow pepper is actually a radioactive pepper! 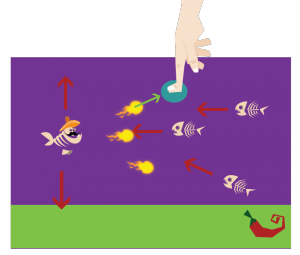 A concept of the chili pepper effect

The red pepper is an actual chili pepper,and grants the player the power to spit fireballs!

When the red pepper is collected the game controls change, and now, instead of controlling how El Gordo moves the player may click anywhere on the screen so El Gordo spits a fireball in the direction of the click.

The player must face a large number of enemies of all sizes swimming towards El Gordo, and if one of them reaches him, El Gordo is transported back to the world of the living, and the default controls are restored.

A concept of the jalapeño pepper effects

The green pepper is a jalapeño pepper that allows El Gordo to become a fireball himself! While a fireball, El gordo is invulnerable and may brake any obstacles in his path.

The player controls El Gordo movements as in the world of the living but now he also has the option to swipe his finger across the screen to make El Gordo activate the jalapeño power.

El Gordo invincibility lasts for no longer than two seconds, but right after it is used his power starts recharging to be used again in a couple of seconds.

While in the mundo de los muertos with the jalapeño pepper, El Gordos path is obstructed by many walls that can only be broken by the use of the invincibility power in the right time.

And that’s not all!

The mundo de los muertos and the new peppers are not the only new features we will have in the game. There is more!

We are also adding different biomes to the game. Each biome is a different scene in the world of the living, with its own set of enemies and a unique boss fight!

That’s all we are saying for now. Don’t miss our next post if you want to know more about the biomes we will be adding and the boss fights! 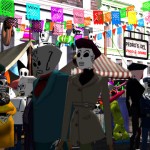 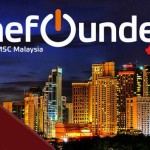