Do you know what Gacha is? Gacha is a Japanese toy machine into which a customer insert a coin, twist a crank and collect a prize. The prize is usually a toy figure that is part of  a larger set, and you have to play it a couple of times to get the whole set. 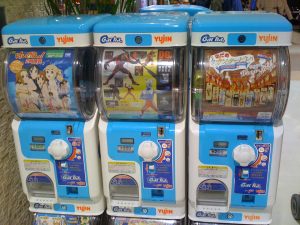 Why am I talking about Gacha? Well, inspired by these machines we are adding Piñatas to Chili Mariachi, that will work in a very similar way.

An early glimpse at a Piñata breaking (under development)

Everyday the player will win some free Piñatas that he can break to get the prize inside. Or even better, prizes! The Piñata will always carry three prizes: A new skin for the character, some items to help him in the next matches and some coins, that can be used by the player to enhance the character as he wishes.

There are different Piñatas, such as the Golden Piñatas, with a rarer skin inside, and the Checkpoint Piñatas, awarded after the player defeats one of the boss battles. These last ones contain unique prizes to celebrate the victory of the player over the boss.

Are you already excited to open some Piñatas? Next month we will start our beta tests, so stay tuned and you will get to play Chili Mariachi before it is out on the app stores!

See you on the beta! 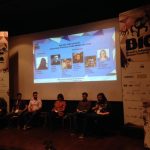 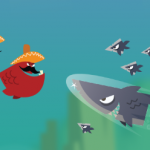 Can you face the Sharp Shark?