We decided to separate our main games from our monthly free games, so we are launching a new brand, the Plug & Boom Labs!

What is Plug & Boom Labs?

Games branded as Plug & Boom Labs are mostly experimental games, created from ideas that came up during our brainstorm meetings inside Plug & Boom, and built during two or three weeks.

As they are experimental games, we will be releasing them before they are completely finished, and we will improve them based on the feedback we get from you, our players.

So, the games most of us don’t like will be discontinued? What if my favorite game is one of them?

Yes, games most people don’t like will probably be discontinued. But don’t panic yet! If you really liked a game, and want to improve it or make new levels for it, we have some good news: As promised before, when we started this whole “every month a free game project”, we will be releasing the source code of all the games we publish under the Plug & boom Labs brand!

Not only that, we will also be releasing all the art (images, sounds and others media) that we created inside Plug & Boom for the game.

Since these are experimental games, should I expect a lot of bugs?

No, an experimental game is only a game created with new ideas. What can happen is that sometimes the game can turn out to be not so funny as we thought it would be, or it may just need to be balanced.

We are testing new ideas here, and although we hope most of them are good, we can’t be sure all of them will be.

I have some game ideas! Can you help me build them?

Sure! If you have an idea for a game but don’t have all the game development skills needed to make it happen, write us! We would really like hear your game ideas and make them come trough!

That’s it for now! Hope you like the games to come! We are really excited about the Plug & Boom Labs!

If you feel like writing us, our e-mail is [email protected] 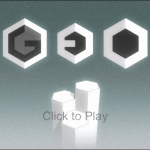 Watch out for our new free game! 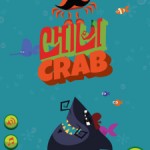