Today we will be showing a little bit of the main characters of our next game Chili Mariachi. 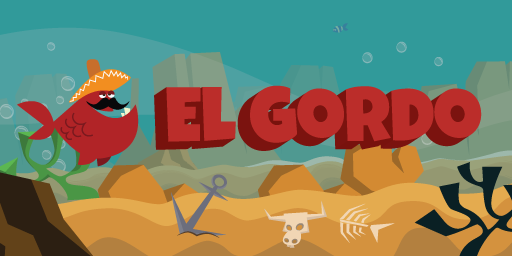 Since we started this blog we have ilustrated our posts with images taken from the Chili Mariachi game. Even on our last post, about the company, we add mustaches and sombreros to our founders pictures. Also, our facebook page and twitter are full of pictures from the game. All this because Chili Mariachi will be our first published game, and we are so excited about it that we want will to get excited with us!

Chili Mariachi is mainly a 2D Runner for mobile platforms. Actually, it’s more of a “swimmer”, since our character is a fish, swimming at the bottom of the sea.

If you don’t know what a runner is, don’t panic! A runner is a game where the player takes control of a character that travels along a path and it’s the player job to make it avoid obstacles on the way, so it can get as far as possible.

El Gordo (our main star), was just another fish in the ocean, until it tasted by accident a holy pepper, cultivated a long time ago, by the ancient aztec people. Since then, El Gordo started using a sombrero, and stoped shaving its moustache. Now, El Gordo only thinks about eating more pepper, even if he has to swim the whole ocean, avoid explosive mines, face other fish and even sharks! Luckly for him, he is not alone in his quest. As Dom Quixote had Sancho Pança, Batman has Robin, and Frodo had Sam, El Gordo can really on his buddy Pequeñito to help him. 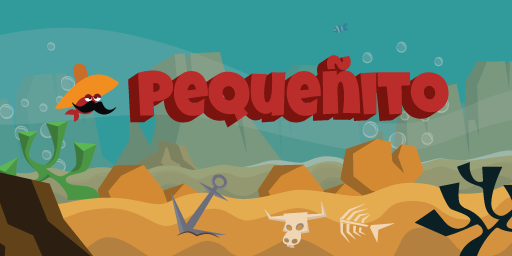 Pequeñito is not a playable character such as El Gordo. Actually, lots of Pequeñitos can be found during the game, and El Gordo can have up to three Pequeñitos following him. These little friends help you like extra lives, allowing El Gordo to keep swimming, even after taking a hit.

Beside the Pequeñitos, El Gordo also has the powers of the pepper at his side, allowing him to spit fireballs and destroy obstacles ahead, or, if he eats a lot of peppers, El Gordo himself can become an unstoppable fireball! At least for some time.

That’s all for now! In the next posts we will shoe more about El gordo enemies and other powers that may be acquired at the game store.

Plug & Boom. All Rights Reserved © 2016
There was once a crab playing maracas 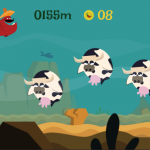